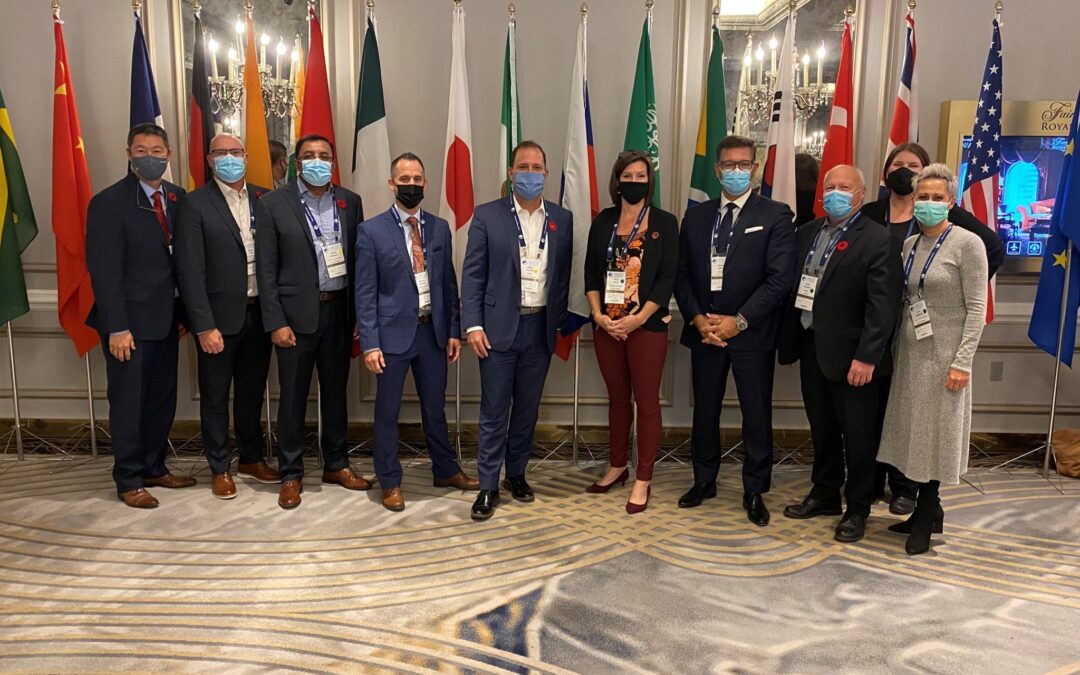 Last week I had the privilege to attend the Toronto Global Forum as Chair of the Region’s Planning and Economic Development Committee, along with representatives from the City of St. Catharines, the City of Welland and also the City of Thorold.

The event offered in-person attendance to a select number of individuals, including a small Niagara contingent. It was quite different to experience an in-person event again, complete with public health measures and COVID protocols, after a long hiatus from the traditional conference experience.

As a first-time participant of this particular event, I learned that the forum serves as an international summit bringing together senior leadership across the banking, finance, political and economic landscape. Aptly themed “Redefining a new prosperity”, post-pandemic economic recovery was top of mind for most speakers. However, the event also closely followed COP26, the United Nations climate summit recently taking place in Glasgow, Scotland that featured policy and climate experts in addition to representatives from those countries that signed on the United Nations Framework Convention on Climate Change in 1994, including Canada.

It was no surprise that the Forum was strongly influenced by discussions coming out of COP26, especially after announcing that nearly 500 global financial services firms agreed to align $130 trillion, or 40% of the world’s financial assets, with the climate goals set out in the Paris Agreement. That’s a significant commitment! And as a result, most sessions at the Toronto Global Forum, if not all, had a green lens signalling what I believe is a significant shift in embracing the need to acknowledge, implement and accelerate impactful climate change action on behalf of the corporate/private sector.

The Forum included discussions that reflected on intentional investment in clean and environmentally friendly projects that are necessary to meet global net-zero targets. It also highlighted the role of the private sector in reducing carbon emissions. But there was also discussion on the advancement of low emission and electric vehicles, including buses and ambulances, that was particularly relevant to the public sector. This included the need for sustainable infrastructure in supporting growth challenges but also future proofing our assets.

I was surprised to learn that 73% of Canada’s greenhouse gas emissions primarily come from three sources being energy production, transportation and inefficient buildings. Hence these items have the potential to impact climate change the most and will play a vital role in moving Canada closer to a green economy. But equally important, we need to embrace the circular economy, which signifies a break from a traditional cycle of extraction to consumption to waste.

It was fascinating! I left the conference feeling that perhaps climate change isn’t a niche term anymore and it’s finally being taken seriously. Perhaps we’re on the precipice of a great shift where climate change is respected, and acted upon, not only for the very real threat it poses, but also for the opportunities. Shifting to a greener and cleaner economy is a necessity for future generations. And as the only G7 country, aside from the US, to see emissions rise every year since the Paris Agreement, let’s hope Canada gets on board. It seems the world is ready to finally ready address climate change.